Draw everything by adding another vanishing point!


If you want your paintings to have depth, one of your best tools is perspective. In this lesson, I make drawing in perspective easy so you can concentrate on the painting! 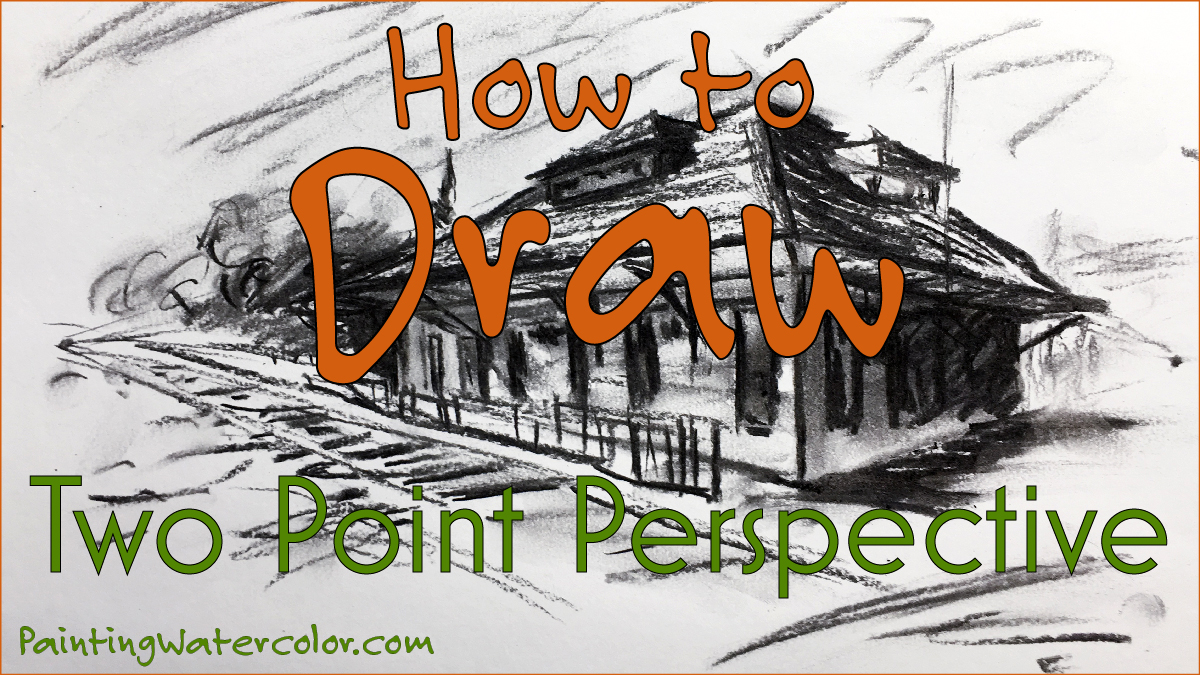 Artists use perspective to make objects recede into the distance believably. To our eyes, objects are smaller when they are farther away. Perspective is just a way to make objects smaller in a regular fashion, so they appear as we see them.

Along a flat plane, it's very easy to see how objects appear smaller at regular intervals. 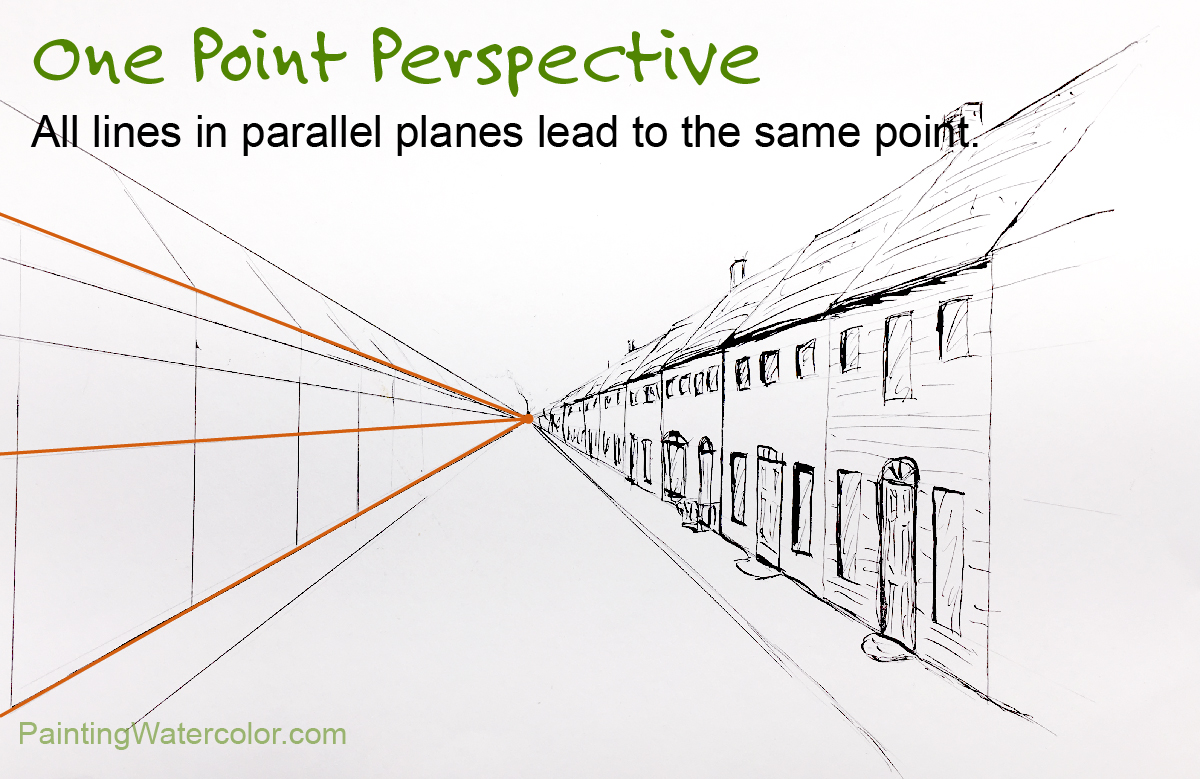 We say all the lines in these houses point toward a vanishing point, a point we can no longer see them. What we actually mean is all lines in a single plane disappear at the same point. Things get farther away in a regular fashion. No apparent folds in space / time, unfortunately.

So all the windows in the houses get predictably smaller and the doors and walls too. We can use this in any town I can think of to rough in a drawing. Later, we add the slight variations of front porches and odd windows!

Disclaimer: Jennifer Branch Gallery is a participant in the Amazon Services LLC Associates Program, an affiliate advertising program designed to provide a means for sites to earn advertising fees by advertising and linking to amazon.com. I receive a small rebate for your entire order (starting at 4%) if you choose to purchase through Amazon. Most items can be bought multiple places and I highly recommend local art stores if you have one! Any other recommendation links I receive no compensation for.
These referrals help me support this website, and I thank you for any purchase you make through them. I will never recommend a product I have not used frequently and believe is the best tool for the purpose! 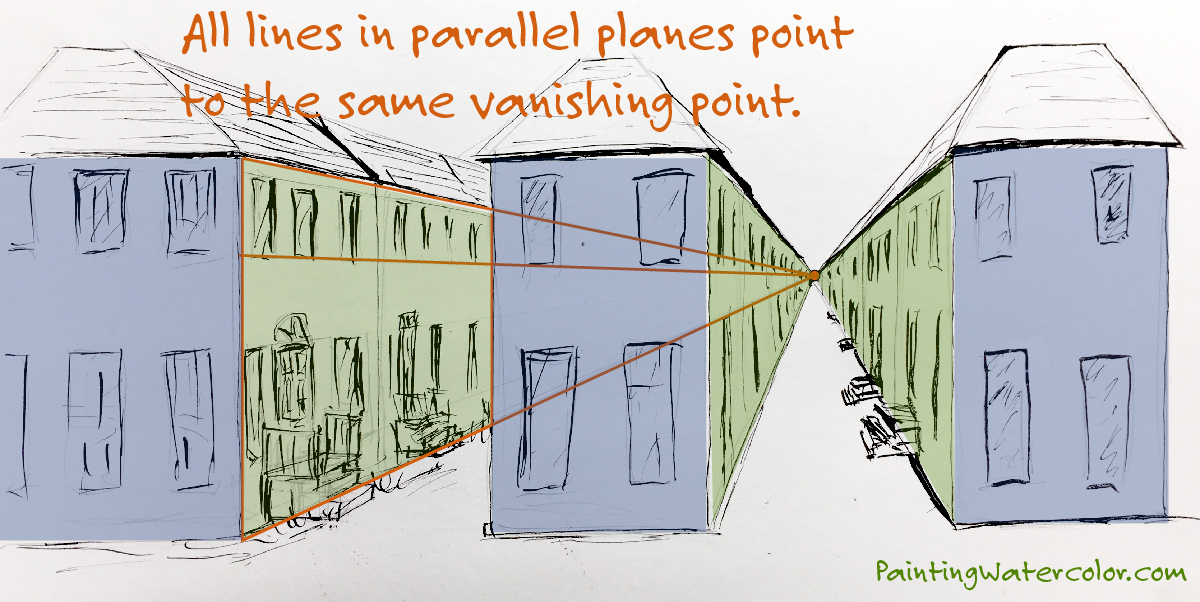 All parallel planes have the same vanishing point.

All lines in parallel planes have the same vanishing point.

I know one thing you were wondering about were roads. Two parallel planes of facing houses lead to the same vanishing point. This makes perfect sense. However, the roads are perpendicular to those houses, not in the same plane at all!

The roofs are also not on the same plane. For practical drawing purposes, roofs at this sort of angle can be drawn to the same point. This works because, like the road, they share one line angle with the houses. 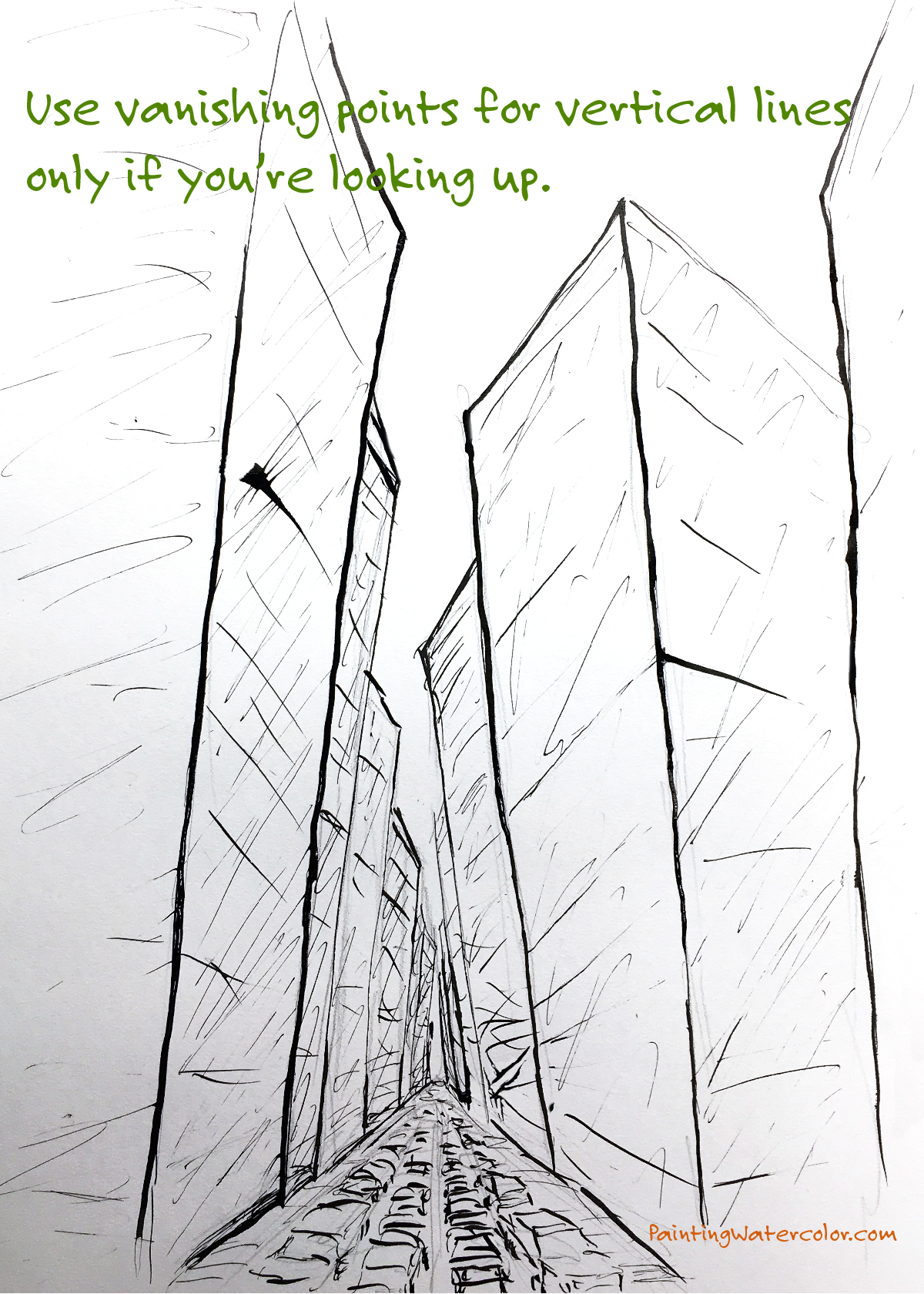 However, non-parallel lines or lines in another, non parallel plane will point toward their own vanishing point. That's why artists usually draw 90 degree vertical lines for any verticals. Unless you're looking upward, that vanishing point is too far away to have much effect on the vertical lines. Only if you're leaning up and looking at skyscrapers or tree tops will the vertical angles change much.

Now it's time to add a second point to our perspective!

Two point perspective means we add a second set of parallel planes to our drawing. 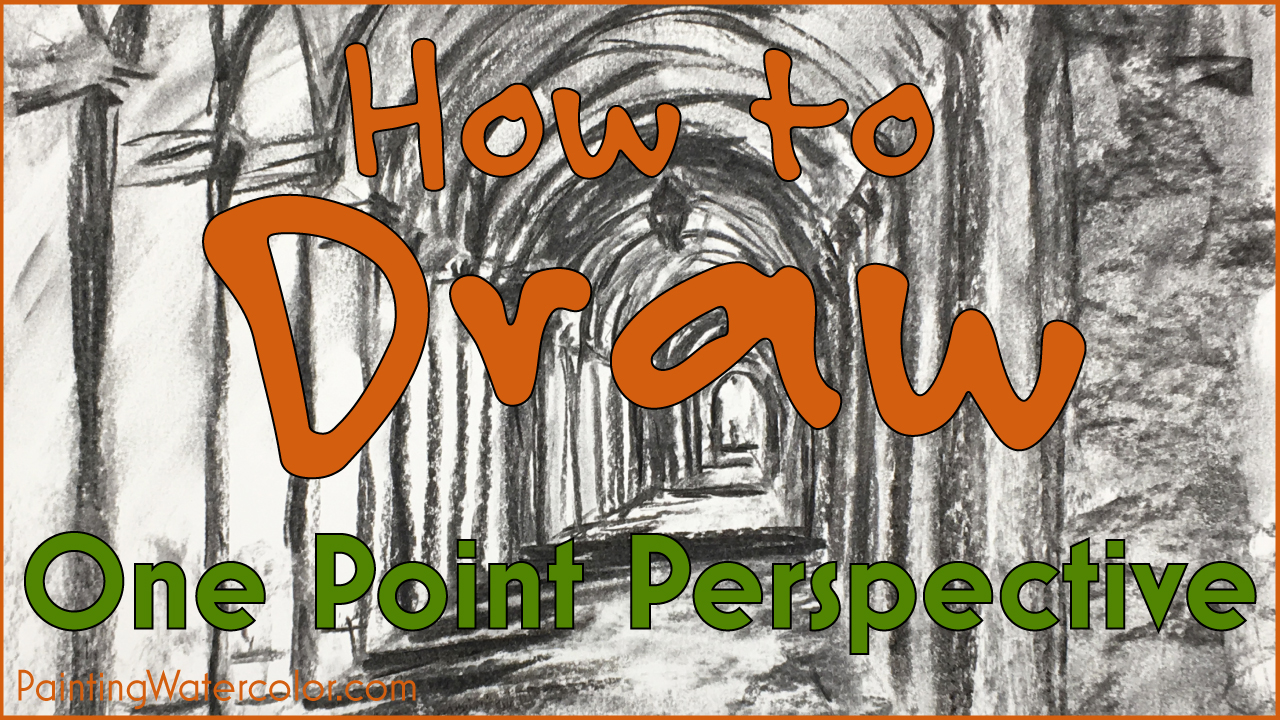 How to Draw One Point Perspective
explores the development of perspective in more depth. :)

Did I not mention perspective is math? Art and math go together beautifully. Perspective was cutting edge mathematical theory back in the Renaissance.

To find the apparent center of any section of a plane, simply draw an X from opposite corners. At the point where the lines intersect, you have your center point, viewed in correct perspective. If you're drawing architecture, this comes in very handy. 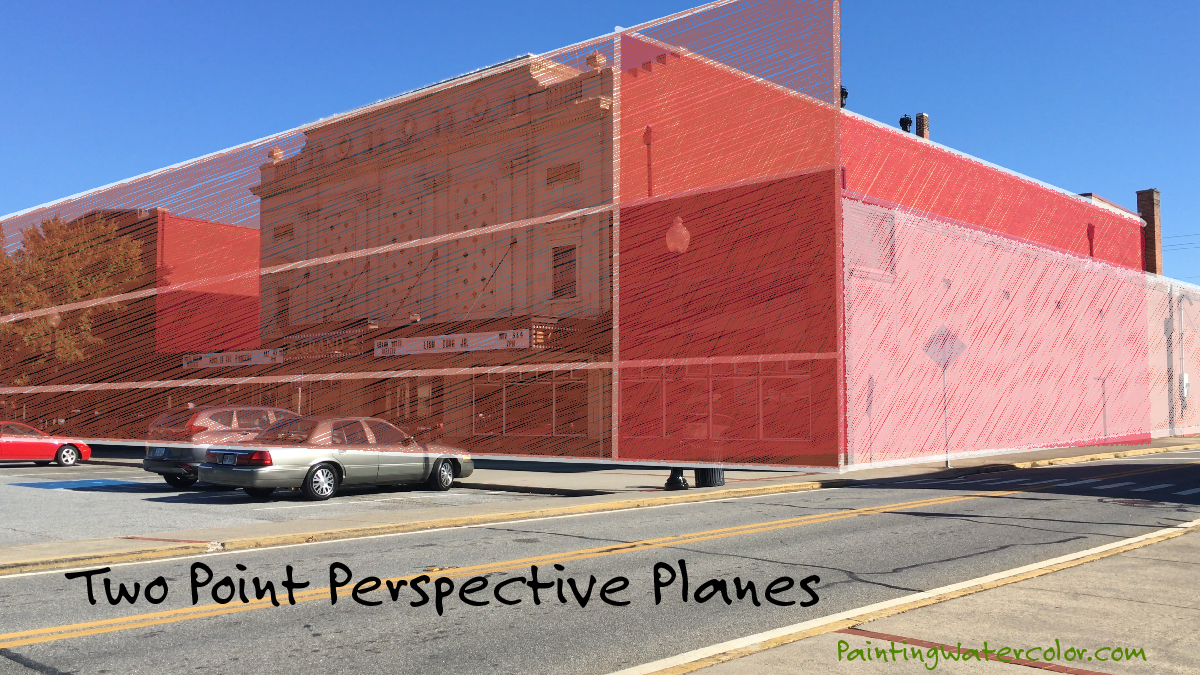 This example from the video shows you how parallel planes have the same vanishing point, but perpendicular planes disappear in another direction. 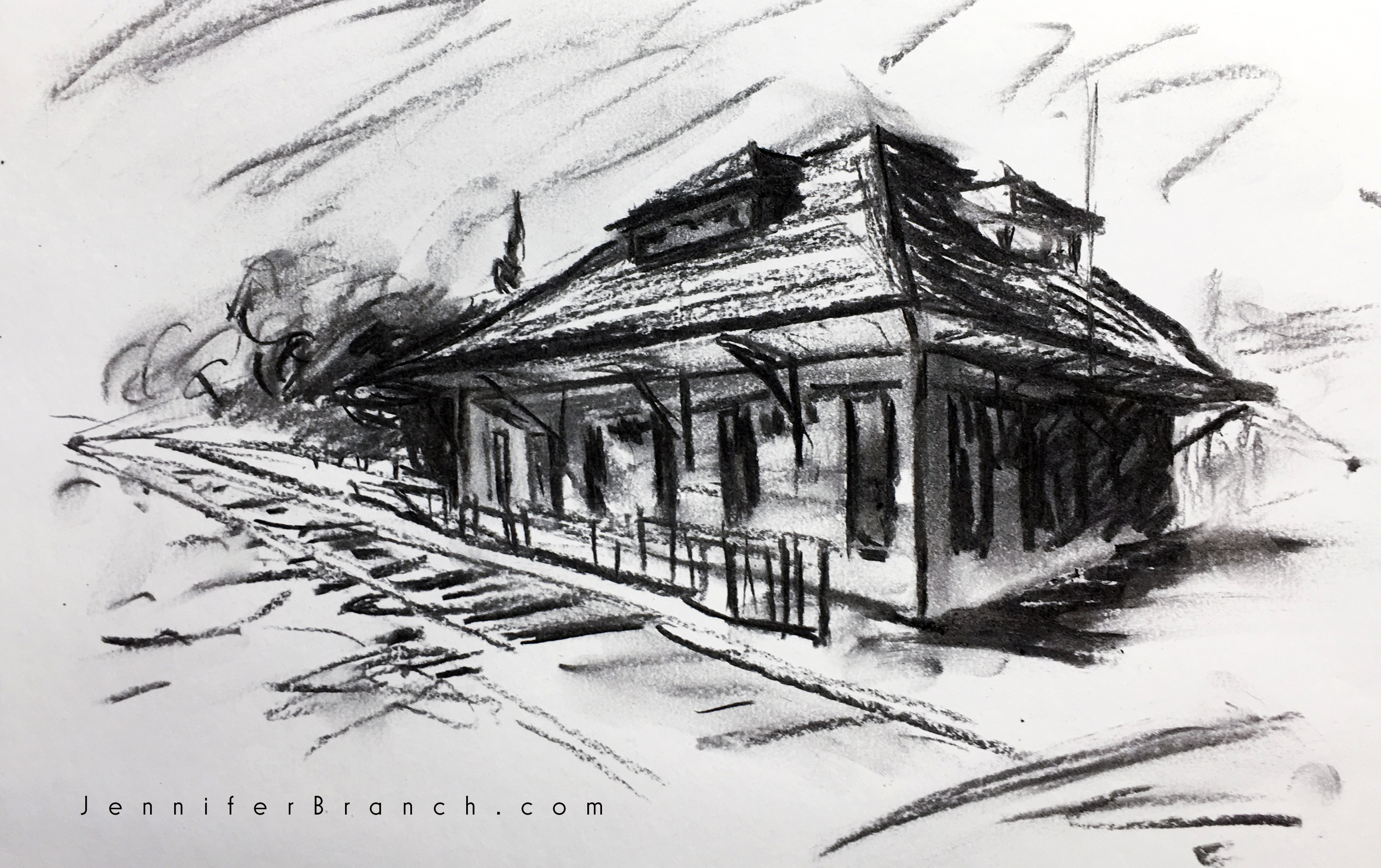 This train station from the video has 2 parallel planes that meet at the near corner. These two planes go out to separate vanishing points.

Draw a box, starting with a view showing you only two sides of the box, then add a third side by adjusting the angle. Light as dramatically as possible for bonus value sketching practice.

Next, find a street corner (with a nice park bench to sit on is ideal.) You want to see the same two point perspective as your original box. You're looking for two perpendicular planes meeting in the middle. Draw and sketch this.

For bonus points, add the houses across the street parallel to one of your planes.


All Paintings, Images, Videos, Text and Website Design Copyright 2021 by Jennifer Branch.
All Rights Reserved.
No Image, Video, Text or Website Design may be used without my written, specific permission.